Tammy Gracia over at Daisy Yellow started the challenge and the idea of getting all those started but incomplete projects out to finish off was seductive.  Sometimes a project may be little more than the germ of idea or perhaps all the materials may be there just waiting to be used or assembled.  The latter was how it was with me.

If you look back over the past few entries, you’ll see what I was up to.

Creating a quilt with someone in mind is a labour of love – and I’ve been blessed with good reasons to labour.  My first Chinese brocade quilt was for my daughter, the second for my daughter-in-law’s birthday – I’m going to have to work full-time to get it completed in time!  I bought the fabric in Sampeng Lane, Bangkok in early 2010 so it’s taken a while to get under way.

You might have noticed the quote I use as a sub=title to my blog, “you don’t need to catch up, just start.”   Tammy usually begins her posts with interesting quotes from a variety of people however this was one of her own and for me, it was a BFO (Blinding Flash of the Obvious).  It was one of those messages that caused me to stop putting things off and start putting things into action. Take that first step whether it’s a new project or completing something you’ve already begun – it doesn’t matter if it’s late – it just matters that you take it. 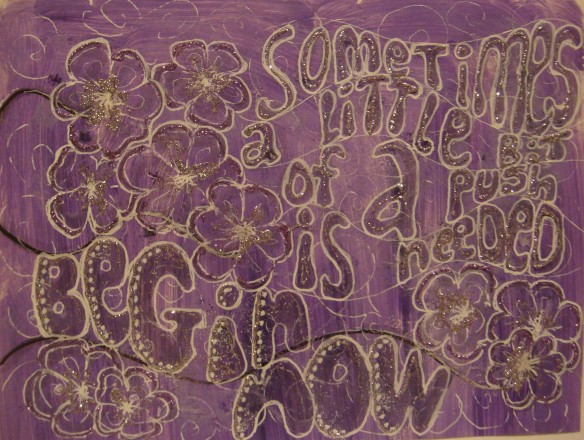